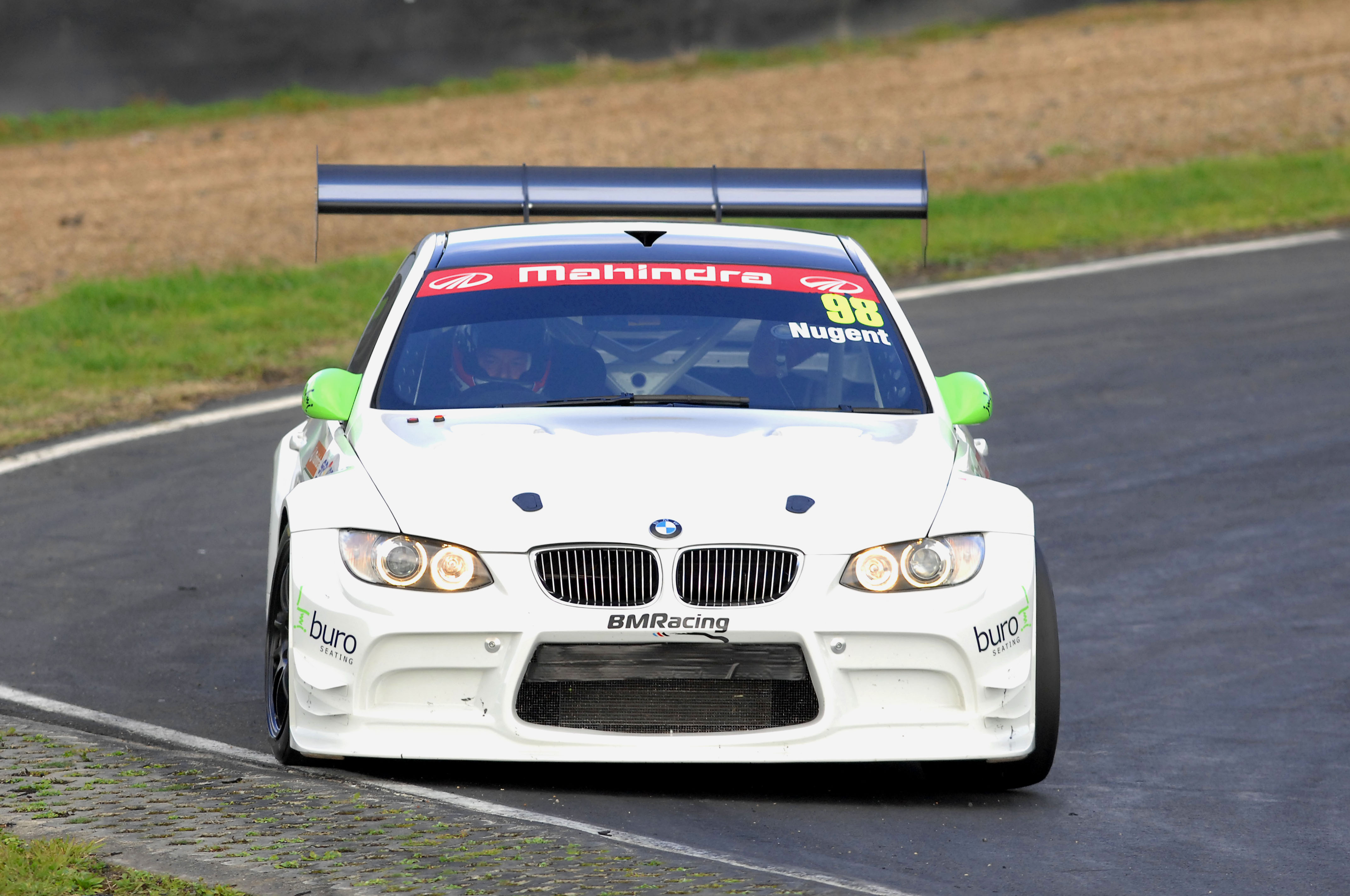 Testing on Friday confirmed we were on the pace, and on Saturday we qualified on pole with a 1.08.15 – our breakout is 1.08.

The first race was early in the afternoon. We had a clutch creep on the line and a driver induced shut down so watched the whole field go past whilst restarting the car – very lucky to not get hit – and then had to chase through the field from the back. It was an exciting and enjoyable spectator-entertaining race as we moved through the field and caught up with the front runners with a couple of laps to go. A great battle ensued between the front 4 of us with some really close racing. We crossed the line 3rd a nose behind Warwick Mortimer and Rob Berggren.

I was looking forward to the reverse grid race on Sunday morning, although I had a difficult handicap at 10 secs behind Berggren and Slater. We broke the lap record (and the breakout time) on lap two but then the car shut down on the start of lap 3 so we had a DNF. Turned out we had broken a bunch of clutch bolts that in turned flailed around inside the bell housing and decapitated the crank sensor.

We had two hours to the final race of the weekend, another normal grid race. Neil Allport and Kayne Barrie with the help of all our competitors did an amazing job to get the gearbox out, the clutch off, remove the broken bolts and put it all back together again with 5 mins to spare.

We had a good start in this race, and led it from start to finish – the first win for the Buro, Fuchs, Neil Allport Motorsports, Prophets Rock, Eat your Books BMW GT2.

All in all, a promising weekend. We have some good footage coming so watch this space.